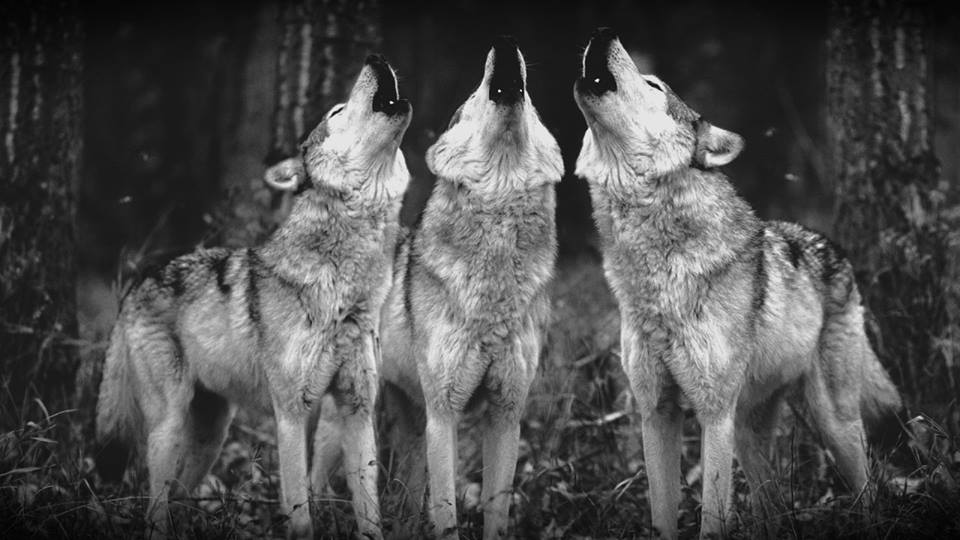 This little text will not question the irrationality of the ideas and values ​​(2) of vegan philosophy. This time we will demonstrate that veganism is a myth in the Technoindustrial Society and how it is a hindrance to understand and act for the true Animal Liberation (3).

Veganism is a myth. Nothing, nor anyone, is vegan within the modern Technoindustrial Society. However, there are many naive people who believe in this myth, believe that their food, clothing, footwear, hygiene and beauty products, technological devices, books, music, bikes … and all the industrial garbage that they compulsively consume is “vegan” . But in reality this is not so. All that industrial garbage called “vegan”, can not contain materials of non-human animals, okay, but do contain or, rather, do collaborate with anima and humanl exploitation.

Thus, if we return to our earlier definition of veganism, “… a philosophy of life that excludes all forms of exploitation and cruelty to the animal kingdom …”, it is evident that it is not consistent with philosophy, because it collaborates with the systematic exploitation of Animal kingdom, so veganism is a myth. The so-called “vegans” are very naive in not analyzing, questioning and understanding the functioning of the complex reality, and the large and complex social system in which we live. Any food or product that comes from the modern Tecnoindustrial Society, is not free to collaborate with the systematic exploitation and domestication of the animal and environmental kingdom.

The seeds, fruits and vegetables produced and distributed by the modern Technoindustrial Society are not vegan, since modern industrial agriculture needs:

A) Deforest large tracts of fertile land to take advantage of the fertility of that soil and turn it into a field of cultivation. Deforest means; Destroy the ecosystem that occupied that soil. The vegetation of that ecosystem must be felled or burned. Then, it is necessary to assassinate, capture, domesticate, displace or even extinguish the different species of animals of that ecosystem. This obliterates all the very complex relationships and interactions that the ecosystem itself (ecosystem and inhabitants) maintained, and the relationship that ecosystem maintained with other ecosystems, and with the planet in general.

B) Since the field is ready, peasants are required to work the land, their tools are needed (machines or non-human working animals), seeds (native or transgenic) are needed to be planted, Fertilizers (natural or industrial), irrigation water is needed, etc. Once the harvest is obtained, it is sold to the intermediaries, they will transport it, store it and distribute it until Finally that seed, fruit or vegetable, arrives at the commercial establishment where the “vegans” will buy them.

In order to complete this process, it is necessary to use the great and complex division of labor of the modern Technological Society, and in all these large and complex relationships there is systematic exploitation and domestication of the animal and environmental kingdom. Some “vegans” will be able to argue in their defense that the seeds, fruits and vegetables that they consume, are not of industrial origin, but of an organic orchard, okay, but if that orchard uses modern technology for the production, storage and distribution of its foods , And if in order to acquire them there is money circulation, it inevitably continues to collaborate with the dynamics of systematic animal and ecological exploitation and domestication. Maybe vegan seeds, fruits and vegetables are the ones that would harvest oneself with techniques like; Permaculture or organic gardening, and using simple tools or technology. Since only then, it would cease to depend on the Technoindustrial System, and its mechanisms of power, control, domestication and systematic exploitation would be abandoned, but most of the self-described “vegans” do not sow their own food.

The self-called “vegans” depend on the modern Techno-Industrial Society to carry out their diet. In Wild Nature no animal determines how it will be fed, this is largely determined by the natural environment in which it develops. The omnivorous diet of human animals has not been a choice, but a necessity for survival, a requirement to survive in different environments, to eat what there is, what can be eaten. The human organism is not a specialist, it is opportunistic, and its omnivorous diet proves it. The human animal domesticated in its civilized cage is able to decide how to feed itself (vegetarian, vegan, frugivorous or carnivorous diet), but for this to be possible, it needs to collaborate and maintain its status as a domesticated human animal in the service of the progress of the Technological System .

No vegetarian, vegan or frugivore, would survive as the really free human animal that should be, in the environment where it should be developed (Wild Nature), with that type of diet.

Most self-called “vegans”, perhaps, do not consider themselves as what they really are: human animals. And it is also very true that those who fight for “Animal Liberation”, do not fight for their own Wild Individual Freedom, do not question at all their own condition of domesticated human animals. If the seeds, fruits and vegetables offered by the modern Tecnoindustrial Society are not vegans, much less their other harmful products of industrial origin: clothing, footwear, hygiene and beauty products, books, music, bikes … A similar analysis could be applied To products deceptively called “green” or “ecological”. No product from the modern Technoindustrial Society is vegan, not even ecological.

The so-called “vegans” can continue to deceive, and deceiving themselves, they can continue to depend on the System of domestication and systematic exploitation. They may continue to denounce the conditions of slavery of non-human animals, without seeing or denouncing their own status as domesticated human animals in the service of Technological Progress. They see the cages of the other animals, but they are so blind to see the modern civilized cage in which we live. They can continue to fight futilely for “Animal Liberation”, without first fighting for their own Individual Wild Freedom. It is quite funny how a domesticated animal intends to free other animals. They will be able to continue defending and promoting the ideas and values ​​of the Technological System (leftism), seeking only to improve it with its useless reforms, and not to destroy it definitively. They may continue to compulsively consume their products, or, supposedly vegan, industrial harmful foods.

All this will only fool and reassure your consciousness in some way, but in reality it will do nothing to try to attack the domestication and systematic exploitation of the animal kingdom. Nor much less do anything against the domestication, devastation and systematic artificialization of Wild Nature. Faced with the irrational fraud resulting from vegan theory and practice, we have decided to renounce unnecessary consumption, to reuse the materials already produced and to stop depending on the Technological System, developing our own self-sufficient way of life, far from the values ​​of the Civilized cage and as close to our Individual Freedom and Wilderness.

For True Animal Liberation
Fire to the cages, fire to Civilization

(3) By Animal Liberation we mean: Human animals and not, who develop their life in Freedom, in their Natural and Wild habitat.

(Via: animusdelendi ONLY WITH TOR)

One Reply to ““The myth of veganism””